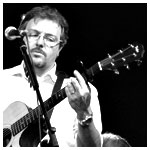 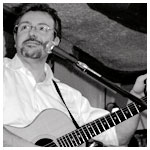 He’s a self-thought non professional guitarist. When he was a teenager he fell in love with American acoustic melodies, in particular the ones written by the most famous artists such as Paul Simon, James Taylor, Jackson Brown.

He is a tenor, as well, in the pop and soul choir “Coro Altavoce”, directed by Federico Capranica and Elsa Baldini.

Since he was a teenager he dreamt of the “Concert in Central Park” and now his dream comes true everytime the S&G Tribute Band gives a concert, thanks to the incredible talent of its professional musicians.